Daniel J. Solove is the John Marshall Harlan Research Professor of Law at the George Washington University Law School. He is also the founder of TeachPrivacy, a company that provides privacy and data security training programs to businesses, schools, healthcare institutions, and other organizations.

Professor Solove is co-reporter of the American Law Institute’s Principles of the Law: Data Privacy.

He has written numerous books including Nothing to Hide: The False Tradeoff Between Privacy and Security (Yale 2011), Understanding Privacy (2008), The Future of Reputation: Gossip, Rumor, and Privacy on the Internet (Yale 2007), and The Digital Person: Technology and Privacy in the Information Age (NYU 2004).

Professor Solove is the co-organizer of several annual conferences, including The Privacy + Security Forum, the Privacy Law Scholars Conference (PLSC), the Privacy Law Salon: Privacy Roundtable, the Privacy Law Salon: Policymaker Roundtable, and the Higher Education Privacy Conference (HEPC). The largest event is the Privacy + Security Forum, an annual event that seeks to break down the silos between privacy and security. In 2015, the event had about 500 participants and about 200 speakers, including CPOs and CISOs, policymakers from the FTC, FCC, HHS, DOJ, White House, and NIST, and law firm privacy and security practice chairs.

Professor Solove has testified before Congress, has contributed to amicus briefs before the U.S. Supreme Court, and has served as a consultant or expert witness in a number of high-profile privacy cases involving Fortune 500 companies and celebrities.

His work has been cited in nearly 2000 articles and books, excerpted in many casebooks, and discussed in many judicial opinions, including those by the U.S. Supreme Court, federal courts of appeal, district courts, and state supreme courts. His book, The Future of Reputation, won the 2007 McGannon Award. His books have been translated into Chinese, Italian, Korean, Japanese, and Bulgarian, among other languages.

A graduate of Yale Law School, he clerked for Judge Stanley Sporkin, U.S. District Court for the District of Columbia and Judge Pamela Ann Rymer, U.S. Court of Appeals for the 9th Circuit. He also worked at the law firm Arnold & Porter in Washington, DC.

Professor Solove serves on the advisory boards of the Electronic Frontier Foundation, the Future of Privacy Forum, and the Law and Humanities Institute.  He is a fellow at the Ponemon Institute and at the Yale Law School’s Information Society Project. Professor Solove blogs at LinkedIn as one of its Influencer thought leaders. 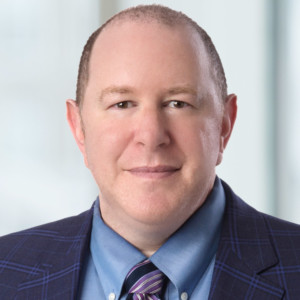 Professor Solove’s photo may be used by the media, organizations, or individuals when referring to the author.